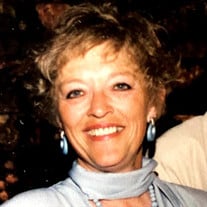 A teacher, mentor and strong woman in constant motion, Alice Diane Bullers, 81, of Cedar Falls, Iowa, passed away Sunday, Feb. 13, 2022. Family and friends gathered by her side at the Cedar Valley Hospice Home to say goodbye and relive the memories she had created with them. Those memories often included one of her life’s passions: music, nature, animals, education and the unique home she and her late husband built on the Southwest side of Cedar Falls. Alice was born on July 10,1940, to Orville J. Olson and Florence L. (Johnson) Olson in Moline, Illinois. She was raised in Dike, Iowa, and after graduating high school found a love of learning at the University of Iowa. She changed her major a few times, she said, because she enjoyed the process of learning as much as the material. She spent some time on the East Coast before returning to Iowa. While teaching at Cedar Falls Public High School, she met fellow educator David Bullers. They married in 1971, and in 1973, they and David’s two boys, moved into the home David had envisioned, and which they both actualized. They named it Kalmara – their take on the historic Kalmar Union of Sweden, Norway and Denmark – as a nod to their shared (but differing) Scandinavian heritage. With their sons, Finn and Tom, they worked to make Kalmara a home resplendent in natural and cultivated beauty. A tall grass prairie grew next to manicured flower beds, and Alice, a master gardener, carefully tended her acreage with love and passion until the end of her life. Inside the house, Alice welcomed piano students for 45 years. In the late 1970s, Alice began teaching piano out of her home and continued to do so through late 2021. Hundreds of students through the decades benefited from Alice’s passion for teaching and music. In the 1990s, Alice and David brought llamas to Kalmara, and as lifelong educators they saw another opportunity for teaching, and volunteered with 4-H to create a club called Llamamigos. They taught the young members of the club to tend llamas and then helped transport both animals and handlers to llama shows and parades. Those “kids” are now grown with children of their own, but they still remember the life lessons Alice and David taught them and view Kalmara as a second home. Kalmara was also the site of plenty of other memories. The couple hosted family gatherings, faculty parties and folk dances, and Alice hosted an arts fair in her home in early December for a number of years. Alice, a weaver, sold colorful woven items next to the creations of local artisans she called friends. A lover of animals and nature and people, Alice shaped the landscape of the Cedar Valley with her passion for teaching and her kind heart. She left her community better than she found it, and she will be dearly missed. Alice is preceded in death by her husband, David Bullers; stepson, Finn Bullers; her parents and her sister, Joan Smalley. She is survived by her sister, Patricia (Clif) Roark of Denver, Colo.; stepson, Tom Bullers, of Baltimore, Md.; grandchildren, Christian Bullers of Olathe, Kan., Alora Bullers of Prairie Village, Kan. and Callum Bullers of Baltimore, Md.; daughter-in-law, Anne Christiansen-Bullers of Prairie Village, Kan.; niece, Kathryn (Steve) Saulsbury of Sioux City, Iowa and her children Alexandra and Grant; nephew, Steve (Cami) Smalley of Bayfield, Wisc. and his children Meredith, Elizabeth and Ben; and nephew, Sam (Chrissie) Duren and his children Kylee, Maddie and Jax. Memorials may be directed to the Cedar Valley Hospice Home, www.cvhospice.org.

A teacher, mentor and strong woman in constant motion, Alice Diane Bullers, 81, of Cedar Falls, Iowa, passed away Sunday, Feb. 13, 2022. Family and friends gathered by her side at the Cedar Valley Hospice Home to say goodbye and relive the memories... View Obituary & Service Information

The family of Alice Diane Bullers created this Life Tributes page to make it easy to share your memories.

A teacher, mentor and strong woman in constant motion, Alice...

Send flowers to the Bullers family.