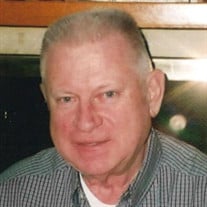 CEDAR FALLS – Robert “Bob” Mathew Winters, 83, died Thursday March 10, 2022, at the Cedar Falls Health Care Center. He was born November 24, 1938, in Decorah, IA, the son of Andrew and Angela (Blong) Winters. He graduated from Janesville High School in 1958 and went on to serve in the United States Army. On May 2, 1964, he was united in marriage to Judith Hall in Waterloo. She died April 28, 2002. Bob was employed as a machinist at Doerfer Engineering for 37 years retiring in 2003. Bob is survived by his son, Troy (Wendy) Winters of Cedar Falls and their son, Andrew; six brothers: Richard (Peggy) Winters of Linn Creek, MO; Charles Winters of Watkins, CO; James (Carol) Winters of Jesup, Andrew (Darlene) Winters of Cedar Falls, William (Julie) Winters of Littleton, and David Winters of Glenwood, MO; three sisters: Dorothy Ehlert of Cedar Falls, Gloria (Kenneth) Kibbee of Waterloo, and Cynthia (Darrell) Maines of Jesup. He was preceded in death by his parents Visitation will be from 4 to 7 p.m. Thursday, March 17, 2022 at the Richardson Funeral Service in Cedar Falls, where there will be a 7:00 p.m. Vigil Service. Private family interment will be in the Garden of Memories in Waterloo. Memorial contributions may be directed to Unity Point Hospice-Waterloo.

The family of Bob Winters created this Life Tributes page to make it easy to share your memories.

Send flowers to the Winters family.