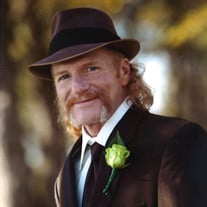 DIKE – Daniel E. Evanson, 65, of Dike died Thursday, February 6, 2020 at UPH – Allen Memorial Hospital in Waterloo. He was born August 4, 1954 in Mason City, Iowa, son of Robert and Mardel (Newman) Evanson. He married Colleen R. Dellinger on September 1, 1978 in Waverly, Iowa. He graduated from Waverly-Shell Rock High School in 1972 and attended Hawkeye Tech. He served in the U.S. Army and was employed as Audio/Video Production Engineer for Waterloo Community Schools for over 30 years. Survived by: two daughters, Josie Evanson and Taylor Evanson, both of Cedar Falls; his mother, Mardel Conradson of New Hartford; two brothers, David Evanson of Galva, IL, and Dennis Evanson of Colorado Springs, CO; a sister, Dawn (Brett) Brown of Readlyn; his children’s mother, Colleen Evanson of Cedar Falls; and several nieces and nephews. Preceded in death by: his father; and a nephew, Jeremiah Miller. Family will receive friends from 4 to 6 p.m. Monday, Feb. 10th at Richardson Funeral Service, Cedar Falls, with a service to follow at 6 p.m. Memorials may be directed to the family. Condolences may be left at www.richardsonfuneralservice.com. Dan was a storyteller. He loved his farm, his dogs Maisy and Buddy, enjoyed camping, riding his Harley, and was a woodcutter extraordinaire. Mostly, he cherished his two precious daughters.

The family of Daniel E. Evanson created this Life Tributes page to make it easy to share your memories.

Send flowers to the Evanson family.