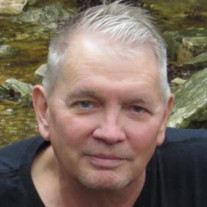 CEDAR FALLS-Donald Martin Ritchie, 65, died suddenly Tuesday, October 26, 2021, at his home in Georgetown, Texas. He was born August 11, 1956, in Waterloo, Iowa, the son of Philip and Zelpha (Garrison) Ritchie. He graduated from Cedar Falls High School in 1975. He graduated from Hawkeye Institute of Technology, and in 1994 he received his bachelor’s degree in finance from the University of Northern Iowa. He worked at Petroleum Helicopter Inc. in Lafayette, LA, as a maintenance supervisor before retiring in 2020. He married Janet Reneau in 1985. They were later divorced. Don is survived by three brothers: Fred (Peg) Ritchie of Cedar Falls, Ronald (Barbara) Ritchie of Robins, IA, and Scott (Dianne) Ritchie of Wichita, KS; sister-in-law Barbara Anne Ritchie of Cedar Falls, five nephews: Thomas, Andrew, Daniel, Matthew, and Joshua Ritchie; four nieces: Gwen Dougherty, Sarah Schmidt, Emily Ritchie, and Tammy Morgan; nineteen great nieces and nephews, longtime friend and companion, Beth Egan, her daughters Amber and Aimee Egan, and Briana and Jeffery Brittain, and Conner Hubbard. He was preceded in death by his parents, and brothers, Larry and Jim Ritchie. Funeral service will be 11:00 a.m. Saturday, April 2, 2022, at Richardson Funeral Service in Cedar Falls. Visitation will be ninety minutes prior to service. Burial will be at Fairview Cemetery in Waterloo. The family will direct memorials to the American Heart Association and the Georgetown Animal Shelter. Online guestbook at richardsonfuneralservice.com.

The family of Donald Ritchie created this Life Tributes page to make it easy to share your memories.

Send flowers to the Ritchie family.