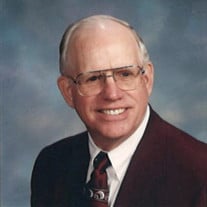 James D. Halsor, 78, of Cedar Falls died Monday, October 8, 2018 at the Cedar Valley Hospice Home in Waterloo. He was born in Mason City, Iowa to Melvin and Dorothy Halsor. He was a 1957 graduate of Mason City High School and a 1959 graduate of Mason City Junior College, now NIACC. He served in the United States Air Force from 1959 to 1963 as a radar/missile guidance technician on the F-102A and as a combat judo instructor. He graduated from the University of Northern Iowa in 1965 with a B.A.; 1969 with an M.A.; and 1973 with a secondary school administration certification. He began his 32 year teaching career in 1965 at Jesup, Iowa where he taught junior high science for three years. He taught health education at Holmes Junior High in Cedar Falls from 1969 until his retirement in 1998. During his tenure as a teacher he also coached football, wrestling, and track for 13 years at Jesup and Cedar Falls. He was an avid golfer for many years and a past president of the Twilight Golf League of Cedar Falls. He belonged to Cedar Falls AMVETS Post 49. He was also a member of the Proud Image barbershop chorus for many years, twice singing on the stage at International concert. Throughout the years, he found immense joy in following his son's activities as he went through the Cedar Falls schools and Wartburg College. He equally enjoyed watching and playing with his grandchildren. He also enjoyed getting together with high school classmates on a regular basis. He is survived by his son, Greg Halsor (Karen) of Waverly, Iowa; two brothers, Jerry Halsor (Margaret) of Lakewood, Colorado, and Richard Halsor (June) of Sunrise Beach, Missouri; a sister, Janice Anderson (Neil) of Omaha, Nebraska; and special friend, Sara Dunbar. He had three grandchildren, Cael, Summer, and Apryl whom he loved dearly. He is also survived by numerous nephews and nieces. He was preceded in death by his parents. Services will be held at 11:00 a.m. Friday at Richardson Funeral Service with burial in Fairview Cemetery, both in Cedar Falls. Visitation from 4 to 7 p.m. Thursday at the funeral home and also for one hour prior to the service. Memorials may be given to Cedar Valley Hospice or Cedar Trails Partnership.

James D. Halsor, 78, of Cedar Falls died Monday, October 8, 2018 at the Cedar Valley Hospice Home in Waterloo. He was born in Mason City, Iowa to Melvin and Dorothy Halsor. He was a 1957 graduate of Mason City High School and a 1959 graduate... View Obituary & Service Information

The family of James D. Halsor created this Life Tributes page to make it easy to share your memories.

Send flowers to the Halsor family.