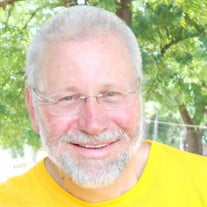 Services for Mark Fransdal, 61, of Cedar Falls, Iowa, will be held at 11:00 a.m. on Monday, January 3, 2022, at First United Methodist Church in Cedar Falls with Pastor Scott Keele Kober officiating. Visitation will be from 4:00 – 7:00 p.m. Sunday at the church. Attendees will be required to wear masks at all events at the church. There will be a luncheon after the service. A private family burial will be at Sunnyside Memory Gardens in Charles City following the luncheon. Mark Waldemar Fransdal was born on February 20, 1960, in Willmar, MN, the son of Merrill and Mariene (Sather) Fransdal. He was raised in Charles City, Iowa and graduated from Charles City Community High School in 1978. Mark married Nancy Lee Hutchins at St. John Evangelical Lutheran Church in Charles City on May 19, 1984. They had two children, Samuel David and Carolyn Joy. Mark graduated from the University of Iowa in 1982 and from the University of Iowa Law School in 1985. Mark had been employed by Redfern, Mason, Larsen, & Moore in Cedar Falls since July of 1985. Mark and Nancy were very involved in their church and Mark was a lay minister on many occasions. Mark passed away on Tuesday, December 28, 2021, unexpectedly at home. Mark is survived by his loving wife of 37 years, Nancy; his children Sam (Erin Dietzenbach) Fransdal of Cedar Falls and Carolyn (Joshua Wilkerson) Fransdal of Cedar Falls; granson, Harrison Oliver Fransdal; his father, Merrill Fransdal of Estherville, IA; his brother Mel (Andrea) Fransdal of Charles City, IA; his sister Marcia (Dan Fitzpatrick) Carrigan of Rochester, MN; brother-in-law Jim (Jackie) Hutchins of Sleepy Eye, MN; two sisters-in-law, Carol (Mark) Tynan of Las Vegas, NV and Sarah (Ross) Hawker of Greene, IA; many nieces, nephews, cousins and friends. He was preceded in death by his mother, Mariene Fransdal; his mother-in-law, Judy Hutchins; father-in-law, Dave Hutchins; and all his grandparents. Cards and memorials may be sent to Richardson Funeral and Cremation Services, 615 Main St., Cedar Falls, IA 50613. Online condolences may be left at www.richardsonfuneralservice.com. Service will be livestreamed at: www.aboutfirst.com/fransdal.

The family of Mark W. Fransdal created this Life Tributes page to make it easy to share your memories.

Services for Mark Fransdal, 61, of Cedar Falls, Iowa, will be...

Send flowers to the Fransdal family.