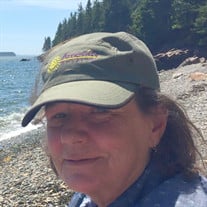 Mary Clare Hartman, 67, of Dysart, Iowa, died February 21, 2021 at her home in Dysart. She was born March 13, 1950, in White Bear Lake, MN, the daughter of John and Ruth Elger Hartman. She married Stehan King October 27, 2002 in Dysart. She received at her Bachelor of Arts degree in Art History from the University of Northern Iowa and also her LPN degree from Hawkeye Community College. Mary was employed as a nurse at MercyOne-Waterloo, retiring in 2018. Survived by her husband, Steve of Dysart; son, Sam (Laura) Newton of Woodbury, MN, their children Jack, Mari, and Noel; two step-sons, David (Jennifer) King of Cedar Falls, their children, Tori and Haylee and Larry (Grace) Newton, their children McKenzie and Tyler; step-daughter, Heather Hall of LaPorte City and her children, Sofia and Alex, sister, Jackie (Raul) Barret of MN; and two brothers, Don and John Hartman. Preceded in death by her daughter, Eloise C. “Elly” Newton and sister, Jayne Yoss. There will be no services. Inurnment at Mt. Olivet Cemetery in Waterloo. Memorial contributions may be directed to the family.

The family of Mary Clare Hartman created this Life Tributes page to make it easy to share your memories.

Send flowers to the Hartman family.