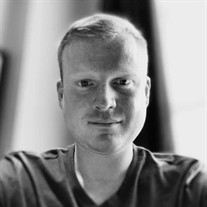 CEDAR FALLS – Nicholas “Nick” Kollasch, 34, of Cedar Falls died Thursday, May 21, 2020 at his home. He was born October 10, 1985 in Cedar Falls, the son of Matthew and Patricia “Colleen” (Degen) Kollasch. Nick graduated from Northern University High School in 2004. At NU he made lifelong friends, including his French instructor, mentor, and friend, Lowell Hoeft, who was a strong influence in his interest and fluency in the French language. Nick enjoyed speaking the language with his stepmother, Beatrice, and her family. Nick had a natural inclination for the French language, and this influenced his decision to attend the Iowa Culinary Institute in Ankeny. There he represented the ICI in the Best Buddies Chef Challenge fundraiser for mentoring individuals with intellectual and developmental disabilities. In competition with prestigious chefs in the Des Moines area, he was proud to be awarded second place. Nick had many interests and passions, and he went into each one with fearless enthusiasm. He loved to try fresh new recipes and proudly plate them into works of delectable art. He began his cooking interest as a toddler, always beside his mother in the kitchen, wanting to help with everything. He even wanted to try to fry a robin egg that he found on the sidewalk to see if it would fry-up. As he grew, his culinary talents were also greatly influenced by Papa Don, Nana Ann, Grandma Betty, his stepfather Bruce, and brother-in-law Curt. His last days and many before were spent creating at the stove, grill, or smoker with Bruce; everyone else could just stand back and watch these “kitchen magicians.” Nick also loved the adventure of travel. In 2011 and 2013, he visited his father in Warsaw, Poland. In 2011, he interviewed with Alex Baron, the chef at the innovative restaurant, Solec, in Warsaw. Impressed by Nick and the fact that he had travelled with his chef knives and his “whites” (chef coat), he invited Nick to work alongside him. Noting Nick’s skills, enthusiasm, and prowess, Chef Alec offered him a job, but he had to return to Iowa. With his father’s influence, Nick became a voracious reader, fierce Scrabble player, and an eloquent writer. His wit, humor, and elaborate descriptions were expressed in frequent correspondences to family and friends. He often adorned letters to his beloved nieces, Lydia and Lila, with detailed drawings of his surroundings or himself. He loved music and movies and sharing titles with friends and family. Nick's passion for cooking was equally matched by his love for the outdoors. Biking was his “medicine” and he loved breezing along the trails in the Cedar Falls and Waterloo and was preparing for a summer biking/camping adventure. He had an eye for noticing the beauty in each day: a catbird, silly squirrel, tiny violet, or the magnificent double rainbow that shown over him a few weeks before his passing. He especially loved relaxing along the water at Black Hawk Park and Big Woods Lake after racing through the dirt trails or playing disc golf with friends. Nick had many friends and a huge extended family. He enjoyed greeting people he knew on the trails and at HyVee. He loved time with friends and family. But nothing brought a very special smile to his face than being with his sister Hannah, brother-in-law Curt, and nieces Lydia and Lila. Playing and joking around with the girls was equally soul-warming for Nick and them. Despite Nick’s loving torment of Hannah and her friends when they were young, he adored his sister. Throughout his life, he looked up to her for friendship, strength, and resilience. Nick was employed at various establishments throughout the Cedar Valley including: Mulligans, Western Home Communities, UNI Dining Services & Catering, Toads Bar & Grill, Sunnyside Country Club, Rudy’s Tacos and My Verona. While attending the Iowa Culinary Institute, he was employed at the Flying Mango and Django in Des Moines, and The Owl’s Nest in Panora. Currently, he managed the bakery at the Cedar Falls Hy-Vee. He is survived by his mother, Colleen (Bruce) Rieks of Cedar Falls, IA; his father, Matt (Beatrice Spahr) Kollasch of Berlin, Germany; a sister, Hannah (Curt) Saland of North Liberty, IA; step sister, Shelby (Michael) Logan of Austin, TX; step brother, Garrett Rieks of North Liberty; nieces, Lydia and Lila Saland; maternal grandmother, Ann Degen of Bancroft, IA; paternal grandmother, Betty Kollasch of Bancroft; numerous aunts, uncles, cousins and friends. He was preceded in death by infant half brothers, Charles and Sidney; maternal grandfather, Donald H. Degen; and paternal grandparents, Maurice and Elizabeth Kollasch. Nick’s family extends heartfelt gratitude to dear friends, family, and Hy-Vee for all that you shared in his life. Words cannot adequately describe how uplifting you were for him. One of Nick’s favorite quotes is from Leif Enger’s novel Virgil Wander: But all I can say is our future is airborne. I never saw a winter so blue. We all dream of finding, but what’s wrong with looking? When the sun rises we’ll know what to do. Nick’s friend Alex ended his tribute to him with… "You will be greatly missed. All I can think is that must have been one helluva dream not to wake up." Dream on, beautiful dreamer. A local family directed memorial services will be held at a later date, with inurnment in the St. John the Baptist Catholic Cemetery in Bancroft. Richardson Funeral Service is assisting the family. Memorials may be sent to the family for donation to the Cedar Valley Hospitality House in Waterloo and the Northeast Iowa Food Bank.

The family of Nicholas M. Kollasch created this Life Tributes page to make it easy to share your memories.

Send flowers to the Kollasch family.