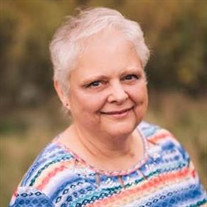 Cedar Falls – Penne Koeppel, age 64, of Cedar Falls, died Sunday, June 30, 2019 at Cedar Valley Hospice Home in Waterloo. She was born on February 14, 1955, the daughter of Everett and Ramona (Scharpff) Shatzer in Waterloo. She graduated from Dunkerton High School in the class of 1973. On June 18, 1977, she married Allen Koeppel in Waterloo. She has owned and operated the Maid-Rite Shop in Cedar Falls since 1980. Survived by: her husband; three children, Christopher (Megan Shaw Koeppel) of Bothell, WA, Chad (Abbey) of Cedar Falls, and Angela Koeppel of Cedar Falls; four grandchildren, Tylyn, Cael, Jude, and Marlee Koeppel; three brothers, Don (Linda) Shatzer, Mick (Dianne) Shatzer and Michael Shatzer, all of Dewar; two sisters, Pamela (Michael) Morris of Cedar Rapids, and Lesa Shatzer of Houston, TX; an aunt, Carla Phalen of Cedar Falls. Preceded in death by her parents. Funeral services will be 11am, Wednesday at St Patrick Catholic Church. Visitation will be held 3-7pm Tuesday at Richardson Funeral Service with a vigil service beginning at 7pm. Visitation will also be one hour prior to the service at church. Interment will be in Mount Olivet Catholic Cemetery in Waterloo. Memorials may be directed to Cedar Valley Hospice or gifts received will be donated to the National Pancreatic Cancer Foundation. Online guestbook at www.richardsonfuneralservice.com Penne was involved with Worldwide Marriage Encounter. She loved gardening, baking, playing with her grandchildren, singing with St Pat’s choir, motorcycling, and dancing. Penne loved life and lived it to the fullest. She touched the lives of everyone she met and will be remembered fondly.

The family of Penne Lucille Koeppel created this Life Tributes page to make it easy to share your memories.

Send flowers to the Koeppel family.