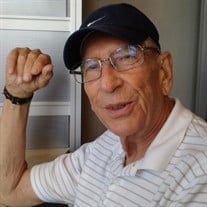 CEDAR FALLS – Rodney Harold Dawson, 89, of Cedar Falls, died Tuesday, May 10, 2022, at Unity Point-Allen Memorial Hospital. He was born on October 1, 1932, in Hutchinson, KS, the son of Robert H. and Perilla (Vestal) Dawson. He served in the United States Air Force before receiving his bachelor’s degree in social work from the University of Northern Iowa in 1974. He completed his career working for the State of Iowa Department of Corrections in Waterloo. Rodney married Margaret Skinner in 1964 and had two sons. They later divorced. On May 23, 1986, he married Marlo Babnick in Greene Iowa and gained four stepchildren. Rodney is survived by his wife, Marlo; two sons, Robert (Cheryl) Dawson of Omaha, NE, and Charles (Michelle) Dawson of Port Richey, FL; four stepchildren: Tony Augé, Tina Augé, Tyler (CC) Green, and Cameron (Jamie) Green; nineteen grandchildren, and five great-grandchildren. He was preceded in death by his parents and two brothers, Robert and Norman Park. Memorial service will be 11:00 a.m. on Friday, May 13, 2022, at Orchard Hill Church in Cedar Falls. Visitation will be one hour prior to service. Memorials may be directed to the family.

The family of Rodney Dawson created this Life Tributes page to make it easy to share your memories.

Send flowers to the Dawson family.