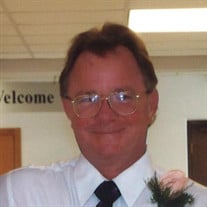 Tom Murdock June 3, 1965 – December 17, 2021 Tom Murdock, 56, passed away Friday, December 17, 2021 at home in Waterloo, Iowa. He was born June 3, 1965 to Ronald and Nancy (Treloar) Murdock in Cedar Falls, Iowa. He attended Cedar Falls High School where he graduated in 1983. After graduation, Tom started working as a bellman and night clerk at the Cedar Falls Holiday Inn. While growing up, he always stated he was going to move to Arizona and in 1985 he transferred to the Holiday Inn, Mesa, Arizona location and eventually moved to their corporate headquarters as an accountant. Tom loved riding motorcycles so moving to Arizona was the perfect state for motorcycle riding. After 26 years in Arizona, he moved to North Carolina where he and his wife lived for 7 years. In 2018 they moved back to Cedar Falls. Tom is currently employed as an accounts payable accountant with Terex in Waverly, Iowa. On September 7, 2001 Tom was united in marriage to his high school sweetheart Dawn Hartema. He was a loving father to three great children, Justin Tietje of Leavenworth, Kansas; Kyleigh (Kevin) Hughes of Duvall, Washington; Stormie (Ricky) Tieje of San Diego, California and nine grandchildren. Tom is survived by his wife Dawn Murdock of Waterloo, mother Nancy Murdock of Cedar Falls, sisters Cindy Spragg of Cedar Falls, Terry Murdock of Evansdale and Donna Klein (Rick) of Cedar Falls. He was preceded in death by his father Ronald Murdock on September 26, 1987. Tom has requested to be cremated with private burial services. Funeral services will be held at 11:00 am Wednesday, December 22, 2021, at the Richardson Funeral Service in Cedar Falls. Visitation will be from 6 to 8 p.m. Tuesday at the funeral home. Online condolences may be left at: www.richardsonfuneralservice.com Memorials may be directed to the family.

The family of Thomas Murdock created this Life Tributes page to make it easy to share your memories.

Send flowers to the Murdock family.