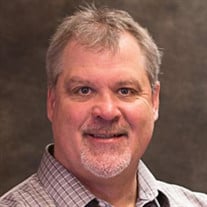 Zoom login information and link for vigil at 7:00 p.m. Thursday, June 9, 2022: https://www.google.com/url?q=https://us02web.zoom.us/j/81929311442?pwd%3DR1J0Ukl2Mzd0RUZqZnc4WnBrcDhIZz09&sa=D&source=calendar&usd=2&usg=AOvVaw3f1yjnlk6OMN5IX46WZ1u5 Meeting ID: 819 2931 1442 Passcode: 279173 Todd Daniel Eagen, 54, of Cedar Falls, Iowa, died unexpectedly, Saturday June 4th, 2022, at home. Todd was born January 18th, 1968, in Harlan, Iowa, son of Lana and Terry Eagen. He grew up in Marshalltown, Iowa, moving to Oskaloosa, Iowa where he graduated from Oskaloosa High school in 1986. Following graduation, Todd attended the University of Northern Iowa, where he played football earning many honors and ultimately becoming co-captain and MVP his senior year in 1991. Following his playing days, Todd followed in his father’s footsteps becoming a Graduate Assistant, then Assistant and Defensive Line coach for the UNI football program. While coaching, Todd also earned his Master’s Degree in Physical Education and Kinesiology with an emphasis in teaching/coaching. After coaching at UNI for 12 years, he went on to work in pharmaceutical sales for 7 years before joining Van G. Miller and Associates first as Vice President and then President of OPGA (Orthotics and Prosthetics Group of America). During his time at VGM, Todd served on several national boards, most notably NAAOP (National Association for Advancement of Orthopedics and Prosthetics) where he was a member of the Board of Directors, Executive Committee member and Secretary/Treasurer. He also served as a board member of Tate’s Army foundation. In his free time, Todd enjoyed gardening, grilling, and watching the birds he fed off the backyard deck. He was also an avid golfer, traveling to many beautiful courses across the United States. Todd is survived by his two daughters, Allison and Caroline, and their mother, Valerie Eagen. He is also survived by his two siblings, Lisa (Amy) Eagen of Atlanta, Georgia, and K.C. (Beth) Eagen of Denver, Colorado, and their two children, Miles and Norah. He was preceded in death by his parents, Terry and Lana Eagen; an infant brother, Michael Lewis Eagen. Donations may be directed to any of the following; Patriots for Pets Rescue and Shelter of Clear Lake Iowa- patriotsforpets.com; Alzheimer’s Association, Iowa Chapter- alz.org/iowa; Tate’s Army Foundation- tatesarmy.org.

The family of Todd Eagen created this Life Tributes page to make it easy to share your memories.

Zoom login information and link for vigil at 7:00 p.m. Thursday,...

Send flowers to the Eagen family.